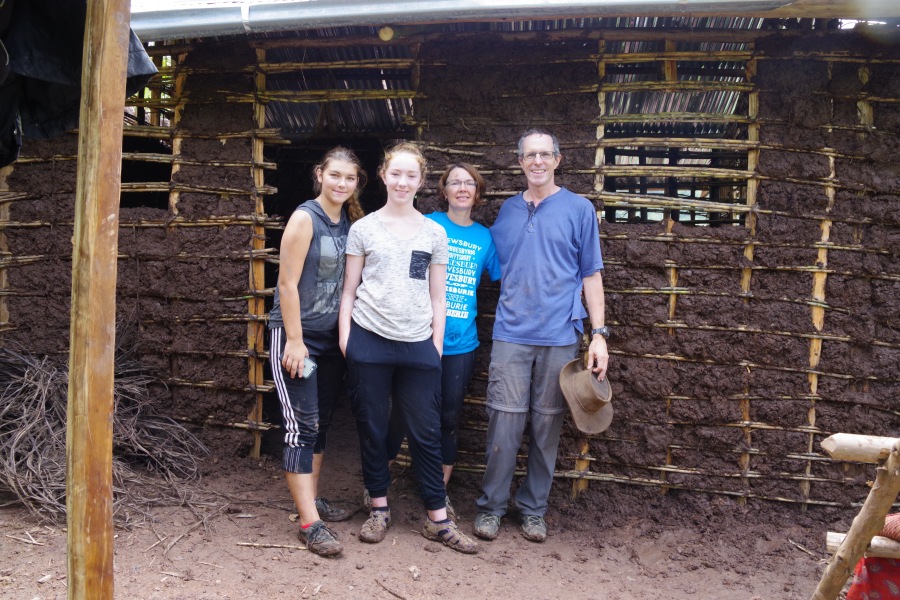 It’s Been a Year

“It’s been a year since you came and went….”

Recently Facebook popped up a “memory” photo of Liam and Lori on the ferry a year ago as we crossed to Victoria to deposit Liam at UVic for his first year. We then turned around and embarked on our own adventure. (“Have a good year Liam. We’re off”). Sending him off to his second year seemed a little less like abandoning him.

The words of one of Lori’s favourite Twin Peak’s songs spring to mind. Lori had asked Naomi to play it at our joint 50th birthday party the year before but Naomi replied, “No. It will just make you cry”. While the lyrics and the tone of the song are sad and wistful, it does resonate a little as we reflect on the year passed and adapt to our new future based in Kamloops.

It was quite startling how quickly we returned to our old routines. Lori was back at work the day after she arrived in Fort St John; similarly, I arrived back one day then started working the next. Lori and the girls were initially couch surfing but, with our house-sitters away on their own holiday we were somewhat strangely house-sitting in our own house. This at least gave us the opportunity to slowly assemble our stuff in preparation for our final move from Fort St John. I’m sure many are wondering which one will be the last encore!

For me (Paul), arriving back in Vancouver in July was a strange experience. Having spent the last 3 weeks in Katherine on my own, I cut a somewhat lonely figure as I wandered the walkways of the airport en route to immigration and the exit. I didn’t have to explain my extended absence or list of purchases to anyone (but, please, I really want to) as immigration is now a computerized formality (and a far more efficient and welcoming process than Johannesburg for example). As I exited the immigration hall where many other travelers were greeted by signs, flowers and loved ones I caught myself thinking, “So that’s it then?” I walked out onto the street, hopped into a cab and felt like I was rebooting a former life.

But not really. Lori and I agree that our perspective on many things has changed over this year. We have both observed that telling our stories to friends (who have been very attentive and understanding:) has helped us process and consolidate the whole experience. When friends ask us, “What was the best….?” we both find ourselves talking about the people we had the pleasure and privilege to meet on our journey, particularly those who are still struggling with the many difficulties we were able to leave behind on the return to the comfort and safety of Canada. 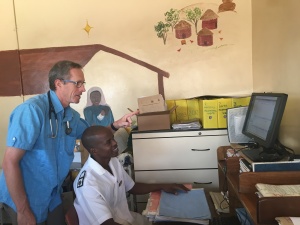 A visit with a friend offered a framework for trying to encapsulate our experiences. His family uses “high-low”. Because of the context in which he asked it reminded me that a high for me was returning to Karanda and seeing how much of what I had done the year before had persisted and in fact progressed. Given the complexity of setting up computerized medical records and some of the work arounds that had to be used to shoehorn the software into the Zimbabwean hospital environment, I had expected that the system usage would have settled back to a lesser equilibrium. However, it was inspiring to see the hard work and dedication of the staff at Karanda persisting at making MOIS work for them (and the patients) and looking for opportunities to expand its usefulness further. It was here that I felt I had been able to contribute something that might have a lasting effect.

A contrasting low was the struggle to provide care and make a meaningful contribution in the government hospital in Nyanga. The hospital had little to no funding to operate and the patients had no money to pay for care. I often repeat the story of only having one bottle of propofol and thus having to choose which patient would get it for his or her operation. Despite this, the very skilled staff there endeavored to provide the best care possible. The low for me was being overwhelmed by the lack of resources and the feeling of not even knowing where to begin to try and improve things.

The personal highs for me were many and almost impossible to choose between. The one that sticks, though, was the unexpected opportunity to visit the Bungle Bungles. It had always been a place that I had seen pictures of but I had thought I would never visit because of its remoteness. It was cousin David pointing out, “But Kununurra is only 5 hours from Katherine” that provided me the opportunity and the impetus. I comment that the Bungle Bungles is one of those places, like Uluru and the Grand Canyon, that, while spectacular in photos, are mind-blowing in person.

I must add that I also find myself thinking wistfully of my regular swims at Edith Falls and the Bay of Fires. As we recently stood in Paul Lake amongst the mud and reeds Thea was moved to comment, “Well it’s not quite Binnalong Bay”.

For Lori, working with the pharmacy staff in Karanda was a high, especially as they were able to transition off paper and onto computer while we were there. The dedication, enthusiasm and good humour of the pharmacy staff (despite the heat!) was inspiring. As was the lovely thank you letter they gave us. A low for Lori came in Uganda as the pangs of homesickness coloured the juxtaposition of living so close to poverty while in the presence of such incredible natural beauty and warm, friendly people.

In case you hadn’t noticed Lori really liked Tasmania especially being able to entertain our many visitors and to show them all the places that had quickly become our favourites. 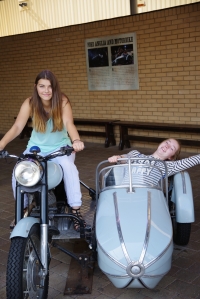 Thea says her highs were building the mud hut, snorkeling at the Barrier Reef, visiting the Harry Potter Experience (of course) and going to the twenty one pilots concert in Melbourne with Uncle Simon and cousin Katie. Both Thea and Rachelle felt that building the hut was one of the few times they were able to contribute in a substantial way. 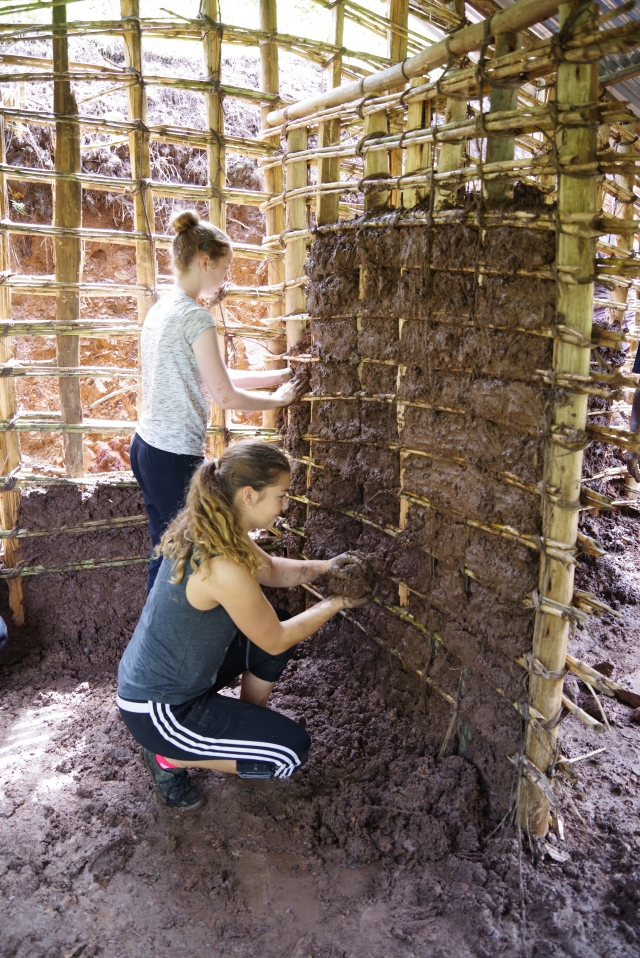 Additional highlights for Rachelle were the Kenyan Safari (we don’t think it was the listening to Mick Thomas sing part:), especially the baby lion cub and the small plane flight from Entebbe to Bwindi along Lake Victoria and over the lush Uganda countryside. She found it disquieting sticking out so much while we were in Nyanga and Karanda and some of the negative attention that afforded. 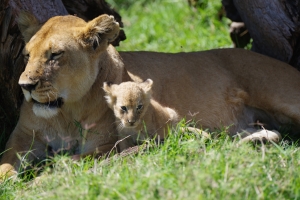 While we felt we were intellectually prepared for the experience, the struggle to volunteer in a meaningful way in the face of so much need in so many places was disheartening at times. Sometimes the infrastructure was so poor that we couldn’t even take the easy option and financially contribute. In Harare we tried to buy a very overpriced local soccer team jersey for Jeryn’s boyfriend, Ted. However, the store couldn’t get their debit machine to work and cash was so hard to come by that we couldn’t afford to part with that much.

In Bwindi, Lori observed that banking and micro-finance is what the community appeared to need the most. There were many who were entrepreneurially struggling to advance their lives and those around them but were being held back by the lack of a financial structure to realise those dreams. It did seem counter-intuitive that, in the face of the struggle to find shelter, food, clean water and sanitation that finance would seem the solution. However, as it was pointed out to us, if you don’t have anything to provide as collateral for a loan then you are trapped.

In Zimbabwe it was more dire. It is estimated that more than 90% of the economy is now underground or bartering. If commerce is not happening then there is no taxation and therefore government wages can’t be paid or infrastructure attended to and so the system spirals further downwards. Corruption and ineptitude and the upper levels of government and administration contribute to the collapse further. 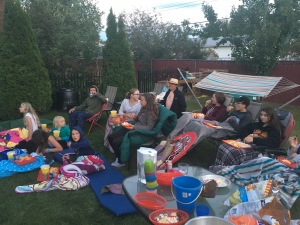 The success (and safety) of our year away owed so much to the incredible generosity of friends both in Canada and Australia, but also those acquired on our travels. We really were very fortunate in that we were never knowingly at risk and that we remained in good health throughout. It both gladdens (and saddens) us when we hear from the many incredible people we had the privilege to meet and work with while away. The generosity has continued on our return. Our summer seemed to come full circle when Lori and I stayed at Coral and Ted’s at the end of the summer as that is where she and the girls first landed back in FSJ. Thanks to Laurie and Stephen for allowing us to consolidate our accumulating boxes in their garage, which made moving day much more straightforward. Thanks to John and Janine who looked after our house so well while we were away and shared its space and their moose meat when we got back. Thanks to Robert and Rhonda for hosting Lori. Thanks to all those who have fed us, who have listened to our stories, and who have helped us pack up and move. It was gratifying for both us to be able to jump back in with work and friends over the summer and we are both relieved that we have been “replaced” in Fort St John and that our patients are getting looked after. It also gives me great joy that the BC North Model Railroad Club has taken over the care of the train at the clinic. Thanks also to Monica in Kamloops for all her help with house-hunting. A special thanks to the piano lifters who ensured the baby made the transition safely!

What lies ahead? As I (Paul) write, Thea and I are mostly settled into the house in Kamloops though there are many boxes (mostly of books it appears!) to sort through. Lori is finishing off her stint in FSJ and will be joining us soon. Liam has made it back to UVic to start his 2nd year of Creative Writing. Jeryn is back in Guelph to start her 3rd year of Landscape Architecture. Rachelle has moved in with (very accomodating) friends in FSJ to embark on the family experiment of her completing grade 12 in FSJ. Thea started grade 9 at St Ann’s here in Kamloops. Soon after she arrives here, Lori heads further south to the pharmacy in Keremeos for a week. Come the end of September I start my itinerant career with a locum stint in Terrace. It will definitely be a transition for us, especially having been in such close quarters for a year. While it was special to be back together as a family (and with good friends) in FSJ over the summer, we have both commented that the move still feels the right thing to do at the right time and we hope to be able to contribute to more communities in this way.

And I find myself strangely looking forward to a winter…….